You cannot open dome manually using buttons in copula if rts2-dome-ir is running - check in rts2-mon IRDOME component. If you would like to operate dome manually, please switch to local mode using key on dome LED box. Bear in mind that dome will not connect properly to controlling computer if it is in local mode during cabinet boot.

If you left dome in remote mode, and you try to open it, it will close as soon as you release opening button. That is a new security feature, which makes sure that dome is closed if it should be closed. Removing it will affect our other setups, and as there is a solution for manual control, I am not inflicting towards removing it. You can open dome from rts2-dome by selecting IRDOME and entering open command. As expected, close command is for closing it.

Aug 27nd: Telescope is know to not reference if on clokwise end. The solution is:

then gently turn in AZ axis counter-clokwise (eg. starting with camera facing valley, move towards Veleta and then OSN building). The end switch is located bellow telescope, see this image: 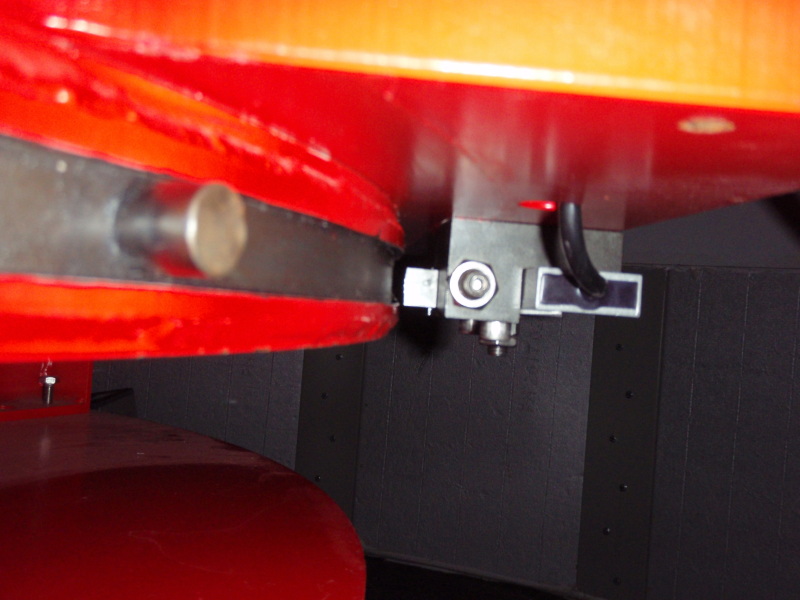 Gently move telescope in AZ axis till you hit the end.

And it should reference in AZ axis.

To save park position, so it will be remembered after power cycling of the dome control box, go to screen 18 and set Save params to 1. Move line down/up, you will get **Written 83..“ message on screen, which will disappear after a while.